Guru Har Krishan Sahib (7 July 1656 – 30 March 1664) revered as the eighth Nanak, was the eighth of ten Gurus of the Sikh religion. He became the youngest Guru in Sikhism At the age of five, on 7 October 1661, succeeding his father, Guru Har Rai Sahib. He contracted smallpox and died of the disease in 1664 before reaching his eighth birthday.

He is also known as Bal Guru (Child Guru), and sometimes spelled in Sikh literature as Hari Krishan Sahib. He is remembered in the Sikh tradition for saying “Baba Bakale” before he died, which Sikhs interpreted to identify his granduncle Guru Tegh Bahadur Sahib Ji as the next successor. Guru Har Krishan Sahib had the shortest reign as Guru, lasting only 2 years, 5 months and 24 days. 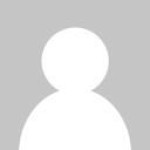